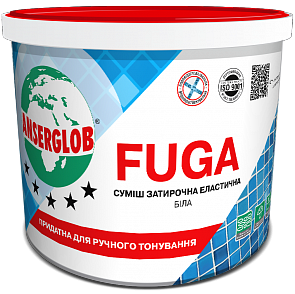 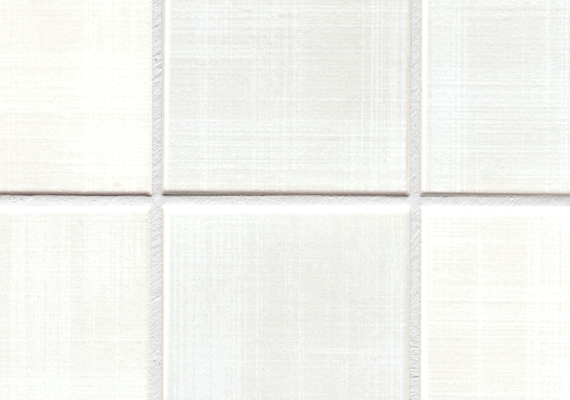 base white
The surface preparation is realized according to State Standard of Ukraine (DSTU N B A.3.1-23:2013 and DSTU - N B V.2.6-212:2016). Before applying the joints must be cleaned from the adhesive mortar, dust and from the substances, which decrease adhesion. The depth of the joints between the tiles must be the same and not less than the thickness of cladding tile.
Filling the joints can be started only after adhesive mortar, used for the tile installation, had been cured.
Grouting mixture is applied with the rubber spatula or trowel on the cladding surface and spread evenly over the entire substrate at the same time pushed it into the joints. The excess of the grouting mortar must be removed from the surface and used again for filling joints. After 15-20 minutes of application the cladding surface is required to be wiped by slightly damped sponge or trowel with foam rubber covering diagonally to the grid joints without washing out the grouting mortar. Due to this the joint surface is smoothed and compacted. Water for wiping must be changed often to be it clean. Dry deposit can be easily removed with a dry soft cleaning cloth after 24 hours.
During 5 days do not use detergents or abrasive only wash with the clear water. Active washing of the joints could lead for reducing of it waterproof properties also for non-smoothing of the surface. Technological passing on the tiled surface is possible after 24 hours of the completing of the grouting. Full hydrophobicity appears at least 5 days after grouting the joints. Treatment by water could be at least after 24 hours.

Note:Application should be complied at temperature above +5 °С and below +30 °С. All the mentioned recom-mendations are effective at temperature of +20 °С and air humidity of 60 %. Under the other conditions crusting, stiffening and curing time may be changed. Before grouting the joints between non-glazed tiles is required to make the trial attempt to check how well washed out the remains of grouting mortar. In the case of using the grouting mixture in the quantity more than one bucket it is recommended to buy grouting mixture of the same batch. Deformation joints are required to fill up with the sealant. Note: insufficient mixing, the different quantity of water, different drying conditions, the differences in the depth of the joints, instability of the application technology may lead to inhomogeneity of grouted joint.